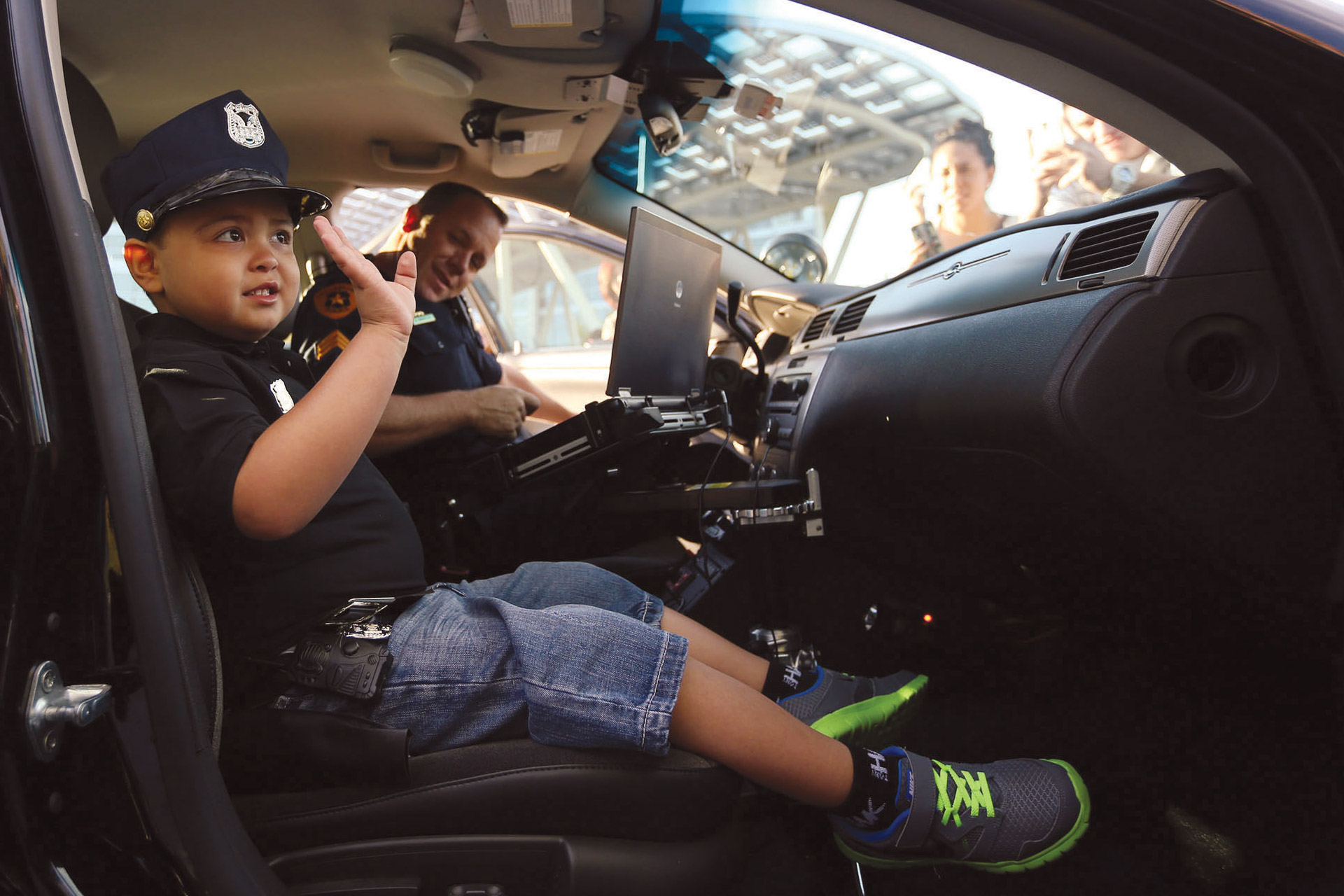 “Before COVID, 80 percent of wishes involved travel,” says Perry, who also serves on the Make-A-Wish Foundation of America’s advisory board. “Today, we’re doing things closer to home, like making over a child’s bedroom or spending time in a recording studio. One child in a wheelchair dreamed of being a firefighter for a day, and I’m happy to say we made that happen.”

Perry and his team—including several U alumni— work with more than 250 volunteers to produce lasting memories that take children’s minds off the difficult medical issues they’re facing. “The experience takes them from where they are to where they could be,” he says. “It gives them the emotional and physical strength to look forward.”

Perry takes part in as many wishes as he can. One of his favorites: Allowing Lucas, a 6-year-old boy with cancer, to fulfill his dream of being a policeman. Lucas was deputized by the mayor of Salt Lake City, given his own uniform, taken on a street patrol… he even visited a donut shop. Then his squad car got a call—help was needed at Hogle Zoo. Pronto! A helicopter flew Lucas to the zoo, where costumed Marvel superheroes were waiting. Together, they rounded up the bad guys, and Utah Gov. Gary Herbert proclaimed Lucas Day in his honor.

“Seeing the happiness on Lucas’s face made everything worthwhile,” remembers Perry, who previously served as executive director of the University of Utah Hospital Foundation. “Make-A-Wish is all about people coming together to make wishes possible.” He pauses a moment, then adds, “It’s the kind of job that makes me go home and hug my kids.”

Two of the physicians on the National Medical Advisory Council that Perry works with are also part of the U community: Deborah Bilder, a child psychiatrist with U of U Health (who completed the U’s triple board residency program in pediatrics and psychiatry), and Debra Regier MD’09. Bilder specializes in planning wishes for youngsters who can’t communicate their desires due to cognitive disabilities. “I’ll walk into a child’s room and see what the child loves,” she says. “What pictures are on the walls, which animals are there, which books are they enamored with? Then we’ll make plans around that.”

And Regier, the director of education at the Children’s National Rare Disease Institute in Washington, D.C., says her greatest joy is helping realize wishes not just for children, but also their parents. “Being able to show a family that the community supports them in creating happy memories is a really beautiful thing,” she says.