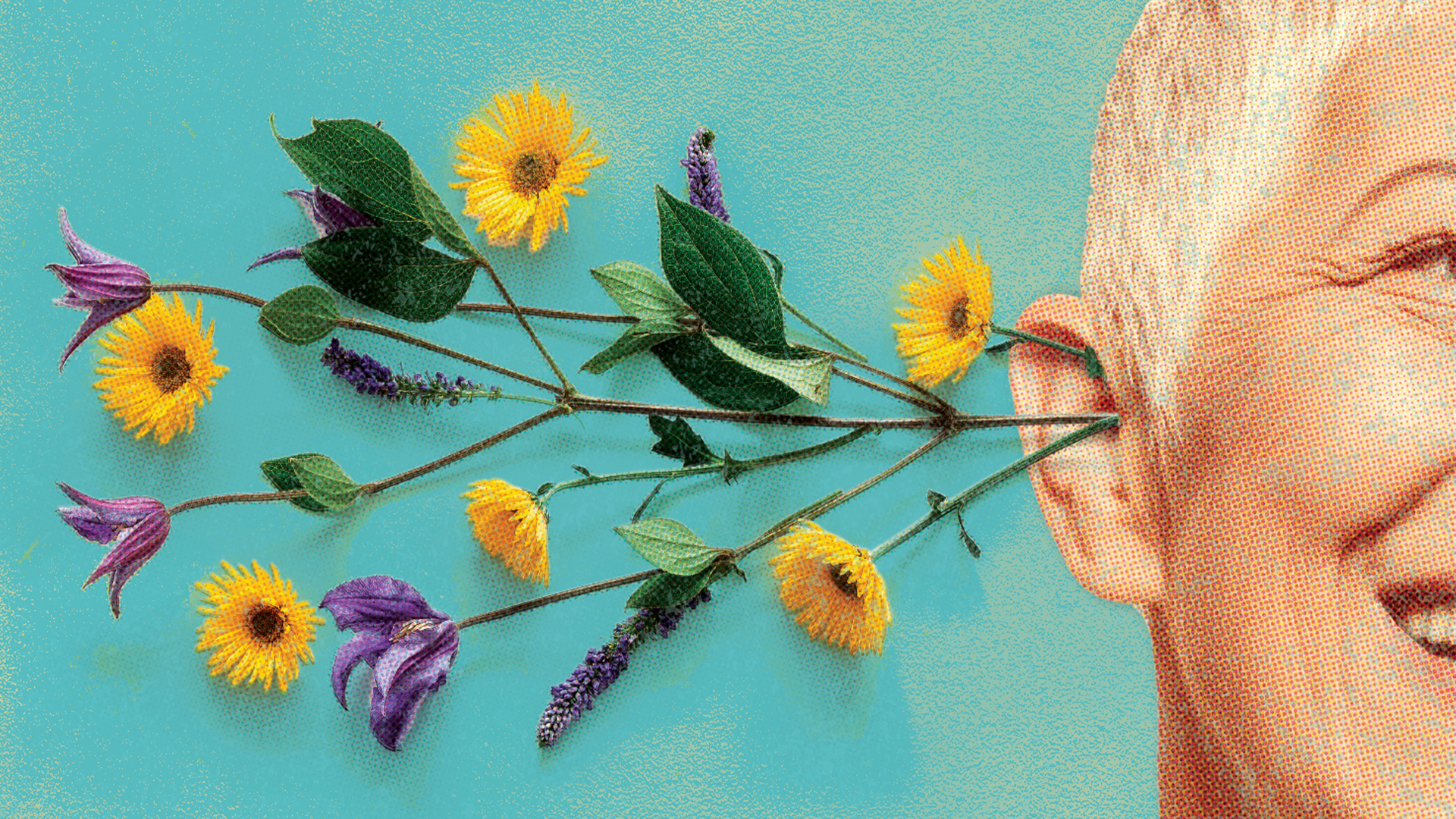 Ever get chills listening to a particularly moving piece of music? You can thank the salience network of the brain for that emotional jolt. Surprisingly, this region also remains an island of remembrance that is spared from the ravages of Alzheimer’s disease. Researchers at U of U Health are looking to this area of the brain to develop music-based treatments to help alleviate anxiety in patients with dementia and recently published a paper in The Journal of Prevention of Alzheimer’s Disease.

For three weeks, U researchers helped participants select meaningful music and taught the patient and caregiver how to use a portable media player loaded with the song collection. “Music is like an anchor, grounding the patient back in reality,” says Jace King BS’10 MBA’14 PhD’18, now a postdoc at the U and first author of the paper. “When you put headphones on dementia patients and play familiar music, they come alive.”

Researchers used an MRI to produce images of the parts of the brain that lit up when patients listened to music, then compared those images to scans taken without music. They found that music activates the brain, causing whole regions to communicate. “People with dementia are confronted by a world that is unfamiliar to them, which causes disorientation and anxiety,” says Jeff Anderson, a U radiologist and contributing author on the study. “We believe music will tap into the salience network of the brain that is still relatively functioning.”

In another study, U researchers found that music can also be used to help lessen pain. Mice in the study were separated into two groups—the control group was exposed to ambient noise, while the music-intervention group listened to three three-hour segments of Mozart for 21 days. When paired with music, ibuprofen reduced pain responses by 93 percent more compared to the drug alone.

“There is emerging evidence that music interventions can alleviate pain when administered either alone or in combination with other therapies,” says Cameron Metcalf BS’01 PharmD’08, a pharmacology researcher at the U.

Eventually, along with traditional painkillers, doctors could suggest apps with music therapies for patients, says U researcher Grzegorz Bulaj. “The holy grail is to combine the right drug with this new paradigm of music exposure, so we do not need as much drug for analgesic effects,” says Bulaj.