When Oslo native and U alum Per Kaarby BA’86 was running in the New York Marathon back in 1987, he had an epiphany about how he could keep in touch with his fellow Norwegian U alums. He would form a social group (remember, this was before social media) as a way to keep in touch. A few short weeks later, “Gutah” was born.

"The name Gutah is a very creative one,” Kaarby explains. “In Norwegian, ‘gutta’ means ‘the boys.’ In other words, Gutah means the boys from Utah!”

Now, celebrating more than three decades of Gutah—19 of whose 20 members live in the Oslo area—the congenial and fun-loving group meets several times a year to catch up and reminisce, hitting the slopes in winter and the golf greens in summer, and also help recruit more Norwegians to the U.

According to Kaarby, who works with Just Cruzin’ Production in Oslo, the history of Norwegians at the U started in the ’60s when the first skiers came over on scholarships. The number peaked at 100 students in the ’80s, when favorable student loans and grants from the Norwegian government encouraged students to study abroad. At the U, almost all were skiers—and half joined the cross-country or downhill ski teams.

Some followed other U sports teams or the Utah Jazz, and some became “ski bums” working at Alf Engen’s Ski School at Alta, recalls Andreas Scheel BS’87, who works as an editor for the Norwegian business newspaper Finansavisen’s weekly supplement, Motor. “Many of us drove 1960s convertibles, and over Christmas and spring breaks, we rented RVs for trips to California,” adds Scheel, who still drives convertibles and RVs for his reviews.

Geir Vik BS’85 almost didn’t make it to the U. He was scheduled to start upper level engineering studies at Dartmouth College when old ski friends from Norway attending the U at the time insisted that he move to Utah, where they have “The Greatest Snow on Earth”... and a great engineering program. Vik later introduced fully automatic snowmaking systems to the North American ski industry, and—now a 30-plus-year resident of Park City—operates The Viking Yurt, a Norwegian-inspired adventure dining restaurant at Park City Mountain Resort, with his wife, Joy, who grew up on Park City mountains.

“We traveled halfway around the world to get a good education, a cultural and language understanding, and to meet new friends,” says Steinar Sønsteby BS’86, CEO of Atea ASA, a market leader in IT infrastructure in Europe. “We could not have known then how much the time in Salt Lake City and at the U would mean for us for the rest of our lives.”

“Gutah was formed by Kaarby to keep the friendships going,” says Sønsteby. “Today, more than 30 years later, we are stronger and better friends than ever. It is a big factor in our lives and will stay that way.” Gutah members are also proud that this year there are more than 20 Norwegians at the U (including Sønsteby’s son), many of them on athletic scholarships.

Plans are underway for Gutah’s 35-year celebration in Salt Lake City in 2022. “It will be just like the old days!” Sønsteby declares. 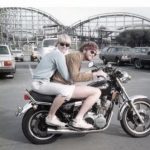 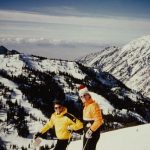 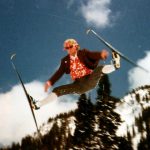 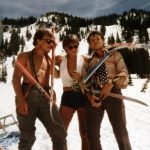