Competitive athlete Jason Coyle BA’01, just 42, passed away suddenly from a rare and undiagnosed heart condition in early 2019 following his routine workout—the day after his wife, Anita, had surgery to remove a growth that turned out to be thyroid cancer. 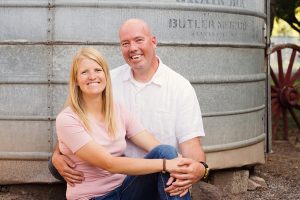 An ultra-athlete herself and mother of their four children, then ages 2 to 13, Anita Coyle BS’02 MPT’04 DPT’07 was devastated. But she needed an outlet for her grief and to help her move forward. “My world crumbled, then the rubble caught fire. I’m racing from the ashes of my life.” So began the original bio for her new Instagram channel—Racing from the Ashes—where friends and family could follow her new “misadventures” in solo parenting and her continued efforts toward international triathlon competition.

Anita and Jason shared a similar ability to laugh at the absurdities of life, and despite her loss, humor still regularly makes its way into Anita’s online comments, though it is often hand in glove with darker musings on her unwelcome new situation.

Yesterday we attended the baptism of Miles the Reid. During the service, #4 needed to use the bathroom. And when one is potty training, haste is required. Somehow in the rush of preparatory steps, he missed the toilet and peed on me instead. To which I replied “Yes, this is fine. This is normal. I love my life.”
…
Today he emerged from the basement wearing a beautiful shade of lipstick all over his face and eye. And good news, it was a color-stay type. And it is true to its word. He added some chocolate, some Cheeto dust, and a little blood. He was super attractive today. My mom asked him, “What’s on your face?” And I responded, “What’s NOT on his face.”
…
I feel like I’m in a downward spiral. It slows down and it speeds up, but it doesn’t stop altogether. I sometimes feel like I wish somebody would just flush me. But I just swirl. The holidays + impending deathiversary + Christmas break + lack of goal/things to look forward to = ????

“This is fine, this is normal, I love my life.”

The road to this new normal 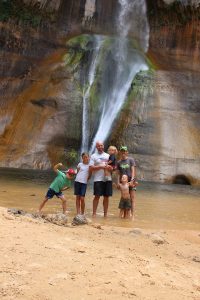 After qualifying for the world off-road triathlon championship in 2018, Anita had really wanted to go. But Jason convinced her that if she’d qualified before, she’d surely do it again, so they should wait and go together in 2019, for their 20th anniversary.

Instead, Anita abruptly found herself a widow.

In the midst of facing her loss and new challenges, Anita debated whether it was even possible to continue pursuing her triathlon goal. But determined, she reached out to neighbors, friends, and family for help with childcare, carpooling, dinners, even bedtime—many of those things that she would have counted on Jason for—so she could train (not to mention retain some semblance of other features of an adult life, such as meeting a friend at a café for a simple conversation sans crayons or plastic bibs).

Despite the odds and her incredible training obstacles, Anita qualified for the XTERRA World Championship in Maui, Hawaii, last October. There, the night before the race, she was, she says, “floored” to receive the Dave DeSantis XTERRA Warrior Award, bestowed by XTERRA, they announced, “in honor of her exemplary courage in the face of adversity.” 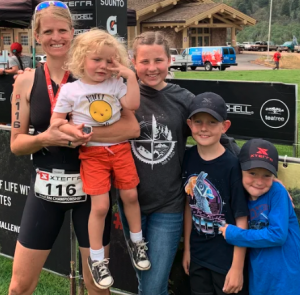 In a post on Racing from the Ashes, Anita notes of the profile video they shared in announcing the award, “My only critique would be that they didn’t use the killer sweeping-the-kitchen-floor footage they shot.”

Friend Scott Christley says, “Anita is one of the funniest people that any of us know. She can have you laughing and crying in the same post. She is simply amazing. She is real and raw and unfiltered in her feed, which makes you love her all the more.”

In October 2019, Anita and her “widow wife” friend, Mel (another young widow with a similar life view), also debuted a new podcast, Widow We Do Now, discussing topics around bereavement, the challenges of single parenting, and, sometimes, the pros and cons of various cheeses (they have strong feelings, and, as always, a sense of humor in the midst of it all). 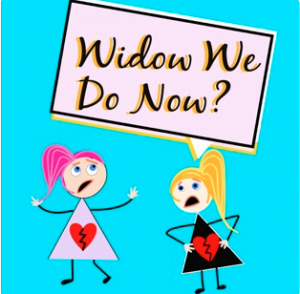 The podcast titles are often darkly clever, such as Episode 11, “The Coping Cabana.” And the two women chat about everything from chores to the stages of grief to (jokingly, of course) the possible benefits of orphanages. The synopsis of Episode 10, “Headstonehenge,” says: “Anita and Mel discuss the riveting topic of headstones. Anita realizes that one cannot survive a sugarless life during the first holiday season as a widow. Mel obsesses over dogs.”

And this February, Anita was able to publish When I Grow Up, I Want to Be a Dinosaur, a children’s book by Jason that she discovered a handwritten draft of while going through papers after his passing. She contacted a good friend of Jason’s to illustrate it and initially created copies as Christmas gifts for family. Then, she says, “I decided to make it available for anybody else who loved Jason and wants to have something tangible to remember him by.”

And so, despite it all (and because of it, as she actively keeps Jason’s memory alive), life goes on for Anita, her kids, and the friends and family who are helping them carry on racing down the road.