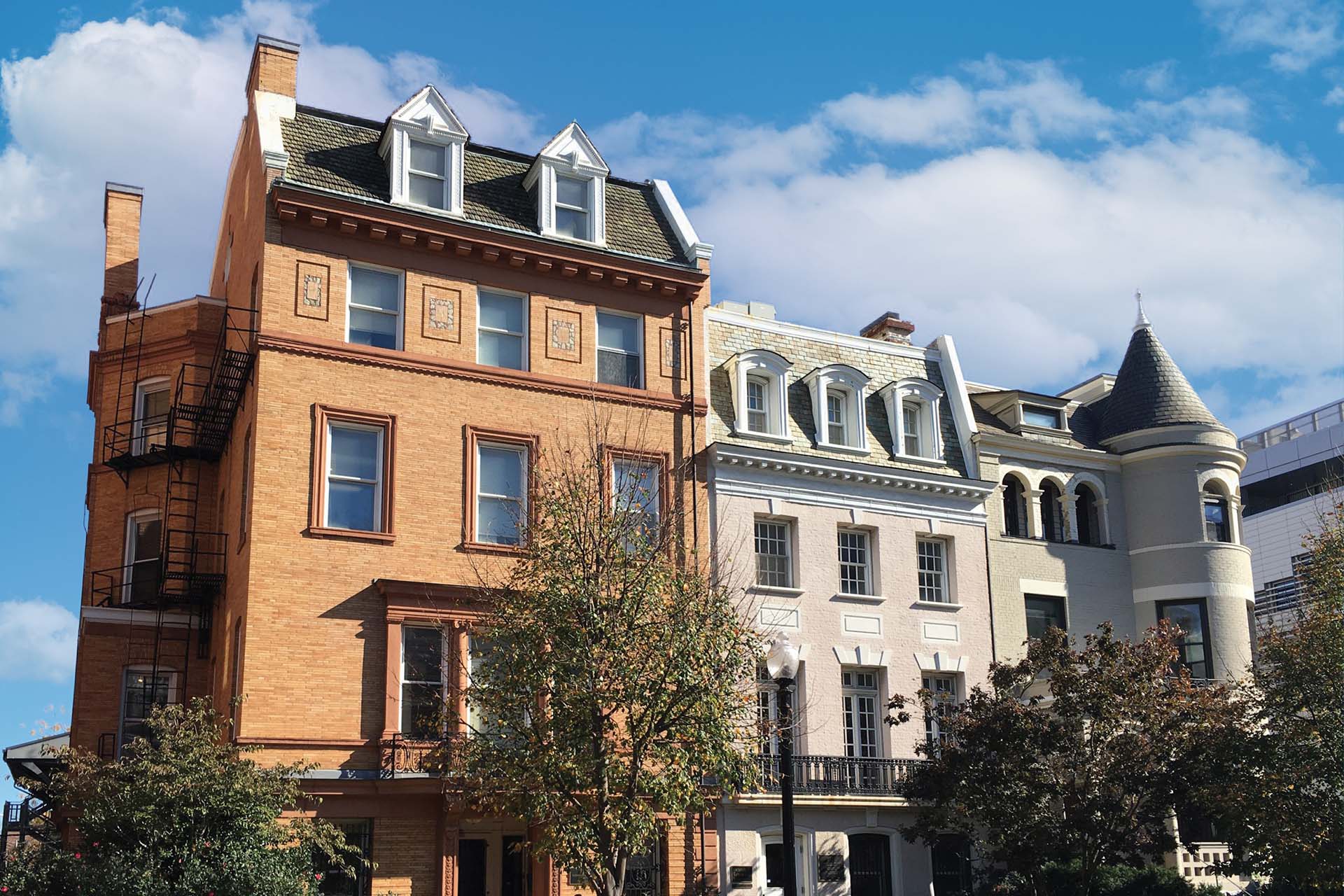 Interns with the U’s Hinckley Institute of Politics have a new home in Washington, D.C. Most recently headquarters to the Mathematical Association of America (MAA), the building is just steps from Dupont Circle and Embassy Row and nine blocks from the White House.

The $13 million purchase was made possible through the generosity of private donors, including the Orrin G. Hatch Foundation and the Kem and Carolyn Gardner family, and favorable terms from the MAA. Once occupied by former Supreme Court justice and former New York Gov. Charles Evans Hughes, the property includes two interconnected brownstones and a stand-alone carriage house that will be used as conference and event space. The building has been dubbed the Orrin G. Hatch Center after the former legislator, the state’s longest-serving senator. The carriage house will be named in honor of Carolyn Barnes Gardner.

Since 1965, Hinckley’s national program has provided more than 100 students annually with full-time, paid internships in a variety of government institutions, public advocacy groups, and consulting firms, says Jason Perry JD’99, vice president for government relations and Hinckley Institute director. As the program has grown, the list of host offices has diversified, and Hinckley is now able to pair students from nearly all majors with an internship related to their field.

“A permanent residence in Washington, D.C., puts the U in good company with peer schools from the Association of American Universities,” says Perry. “Our vision is that this new addition becomes a treasured home for University of Utah interns, faculty, and alumni living in or visiting the Washington, D.C., area.”

As student residents participate in transformative internships, they will be furthering the legacy of the building’s namesake. During his Senate service, Hatch sponsored more than 2,000 interns. “I entered public service with a simple goal in mind: to help those who could not help themselves and to expand economic opportunity for all,” says Hatch. “I sought to achieve this goal through legislation, but also by building a robust internship program that would give young Americans the opportunity to gain hands-on experience working in Washington.”

Read more about this historic home and how it will benefit the U community.