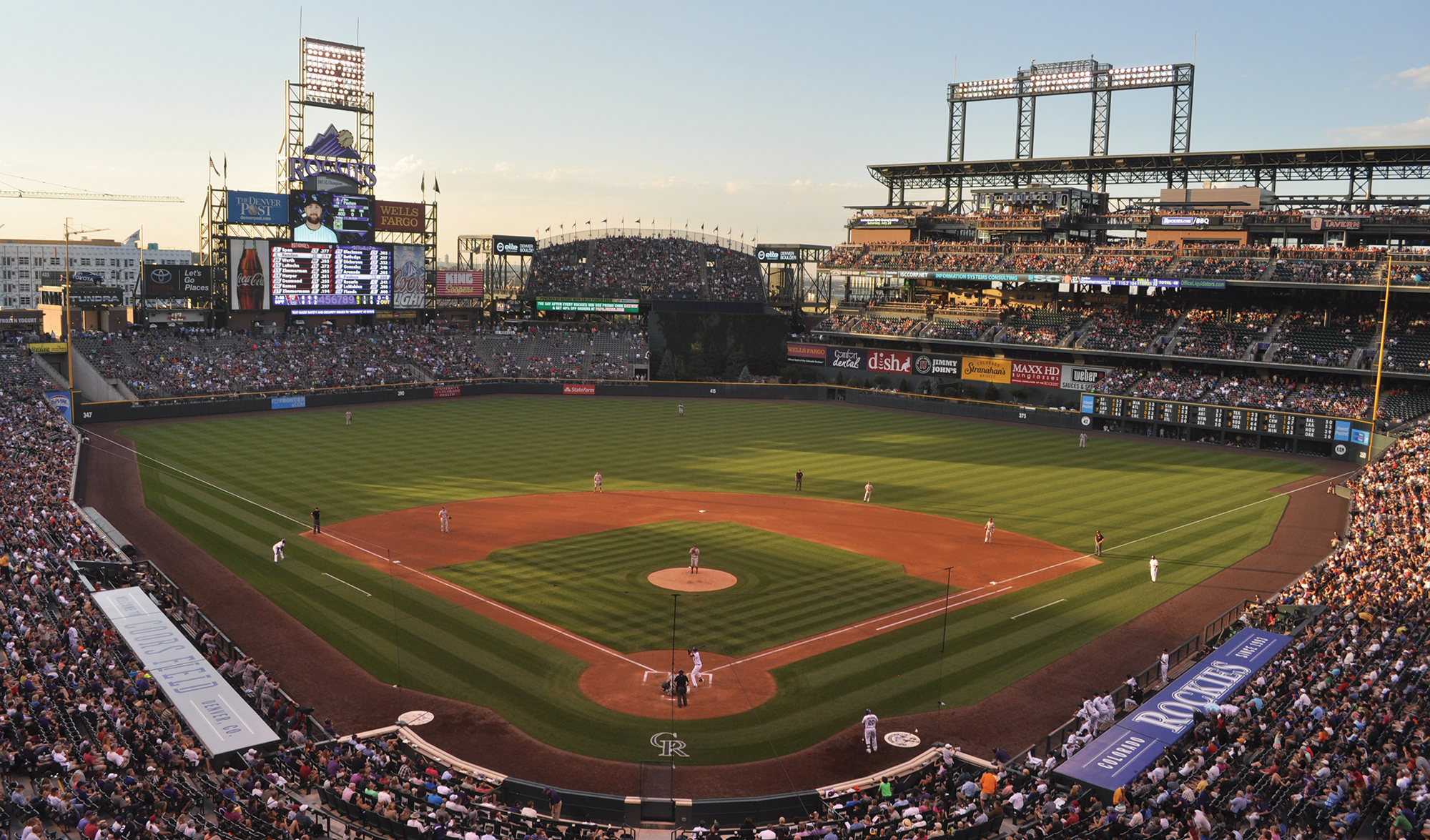 Picture it: nachos, pretzels, hot dogs, and a setting sun silhouetting the majestic Rocky Mountains in the distance. The Colorado Rockies Major League Baseball team is minutes away from taking the field on another picture-perfect summer evening, and all around there are… Utah fans?

Normally, red is an uncommon color to see at the purple-and-silver Coors Field stadium in Denver. But for one night of the season when Utah fans pack the ballpark, it’s hard to miss.

For more than 15 years, the University of Utah Colorado Alumni Club has hosted a Utah night at the Colorado Rockies. The event, started by team co-owner Charlie Monfort BS’82, attracts hundreds of U fans from Colorado, Utah, and other neighboring states—including the university president.

“We sell out every year,” says Carolyn McFarland Hunter BS’83, a fourth-generation U grad. “People just love it. They bring their families. I’ve met a lot of people—including some I went to school with and didn’t even know.”

Hunter attended the U with Monfort, and she pitched the idea of bringing together Utah fans at a Rockies event. It began with a small gathering at a spring training and attracted enough attention to warrant a move to a primetime game.

Chief Alumni Relations Officer Kris Bosman BS’99 has been involved since its early days. “It was a huge success right away,” says Bosman. “It’s an affordable, easy, and fun event—and everyone really felt that.”

On the agenda? First comes a big picnic and a raffle, and then the group heads to a huge special section—complete with banners and a Go Utes message on the billboard.

“We just love it,” says Hunter. “I think more cities should do that. It’s so important that there’s reachout for alumni in other places, and not just for Salt Lake.”

What’s most important in choosing which game to host the event during? Playing a team who isn’t wearing red, of course!