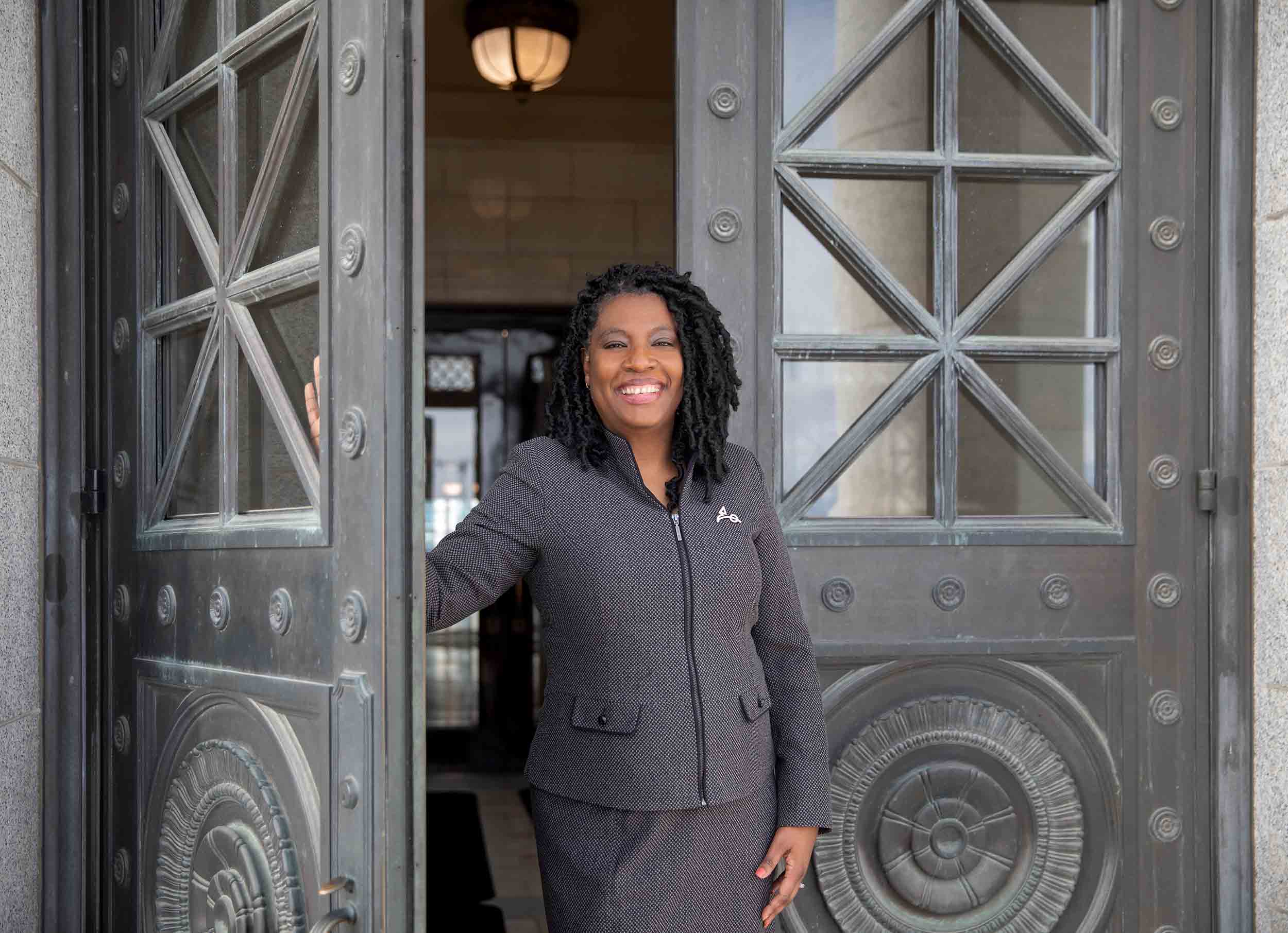 Utah State Rep. Sandra Hollins MSW’09 is just an average person, trying to do right by her community. That’s what the New Orleans native and U alum wants you to know.

But as the first Black woman to serve in the Utah State Legislature, Hollins—and her impact on the Beehive State—is anything but ordinary. Elected in 2015 as a Democratic member of Utah’s House of Representatives, Hollins sponsored a resolution in 2020 that removed slavery as punishment for a crime from the state constitution. The resolution, known as Amendment C, passed with an astounding 80 percent of the vote.

“I’m just so happy that it passed,” says Hollins. “One of the things I’m very proud of is that both parties worked together to accomplish this.”

Hollins didn’t always have an eye on politics, but she has always had a desire to look after her neighbors. She grew up in a tight-knit, lower-income area with a strong support system.

“I grew up in poverty, but I always tell people that I didn’t know I was in poverty until I had the opportunity to attend school outside of my community,” Hollins says. “I had a really good childhood.” As her father worked at a local grocery store and her mother offered inexpensive day care services to working moms, Hollins saw that anyone can impact the world around them. She carried that insight with her when 30 years ago, her now-husband, David, asked her to come with him to Salt Lake City in pursuit of a job offer.

Moving to Utah was difficult for Hollins, who felt a lack of diversity in her new home. “I had problems finding just basic care products for Black hair,” Hollins says. “I was thinking, I’m not going to be here too long.” But as she began getting involved in the community, her feelings changed. She eventually got her master’s in social work at the U with an emphasis in mental health and redoubled her efforts for community causes important to her, working in homeless shelters and substance abuse treatment programs.

Then she decided to run for office. Now, as a member of the Abolish Slavery National Network, Hollins plans to build on the ground she gained and go after a similar provision in the 13th Amendment of the U.S. Constitution. She’s also working on legislation that would declare racism a public health crisis in Utah.

Trying to make a difference and better the lives of the people she serves is at the heart of what Hollins does, and she encourages others to make a difference, too. “Find out where you fit in, and then work it,” she says. “Work to start making a change.”