Thomas Stucky BS’15 would “absolutely” love to travel into outer space, he says, but if he can't get there, he'll settle for his handiwork making the journey.

Stucky, a SETI Institute software engineer and consultant at NASA’s Ames Research Center in Silicon Valley (near Mountain View, California), wrote robotic control software for a 2-meter robotic drill and 1.4-meter robotic arm to help NASA better understand how to increase autonomy and improve concept operations for future space missions. The project is known as Atacama Rover and Astrobiology Drilling Studies (ARADS), and focused on performing hardware, software, and concept of operations tests in the Atacama desert, which is considered a Mars analogue site by astrobiologists.

“Future space missions to locations far from Earth will present occasional small windows of opportunity for communication” due to planetary movements that could interfere with signal transmissions, Stucky says. Therefore, an exploration vehicle can’t just sit there waiting for orders to be sent so, for example, it knows to continue conducting experiments. “The craft must be able to figure things out on its own. Working on this system is like building a video game test for spacecraft.”

While Stucky and other NASA researchers were developing digging technology, they tested rovers and their drilling arms at far-flung places on Earth that mimic the Martian landscape. These trips included several jaunts to Devon Island in Nunavut, Canada—the largest uninhabited island in the Arctic Circle, which resembles the Martian ice caps—and the Atacama Desert in Chile, the driest nonpolar desert on Earth, with a rugged, prehistoric-like terrain.

“That’s one of the most fun parts of this job,” Stucky says with a laugh. “I get to go to weird places.”

Unique travel opportunities aside, Stucky loves his work, calling his contributions to space exploration “a profound experience. Space travel is the most in-your-face experience of infinity. There is so much possibility out there. What we learn from space and bring back to Earth is vital to our ongoing evolution. And the more we learn, the more we realize we’re on a very fragile rock in the universe.”

He pauses a moment, then adds, “I do believe there’s intelligent life in the universe. It’s unreasonable to think we’re the only ones that have developed in this way. But the question is, will we be able to recognize intelligent life when we see it? Intelligence is relative and can be a hard thing to define.”

Stucky’s love of science began when he was a youngster who enjoyed taking things apart to learn how they worked. His interest in space exploration was kindled at the U, where he worked with physics and astronomy professor Ben Bromley on a project that analyzed debris from the collision of stars and other space bodies.

“Dr. Bromley provided advice and a focus to help me learn to advance my career,” says Stucky. “He was always available to talk, and I appreciate all the time he spent with me. He was a vital person to get to know.” In fact, Bromley wrote a letter of recommendation to NASA that helped Stucky secure an internship with the organization after he graduated, which led to his current work. Stucky joined NASA partner SETI in 2017.

Though he believes in the importance space exploration has for our lives, Stucky also recognizes that scientific research must go beyond that “one small step for man.”

“Science is vital,” he says. “Science needs to ease suffering in the world.”

Q: Which Star Trek character do you identify with the most?

A: Data (the Mr. Spock-like android from Star Trek: The Next Generation). Like that character, a lot of my early life was an uphill battle trying to understand how people behave.

A: 2001. There aren’t enough space movies that show why we’re enchanted by space and what going into space could mean to our future. But I liked the book a lot better.

Q: What book most influenced your life?
A: The Hitchhiker’s Guide to the Galaxy (Douglas Adams). I appreciated the book’s wacky world that very rationally explores the idea that anything could exist. And I like that the book doesn’t take its own universe very seriously.

Q: What will the year 2120 look like?
A: The future will become more digitized and data-oriented. But I’m wary that the idea of privacy will dissolve. I wonder—will everyone’s data be going toward a central source where secrets will be kept, or will everything be known to everyone? 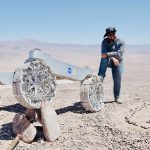 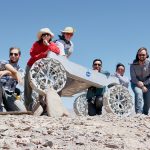 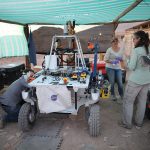 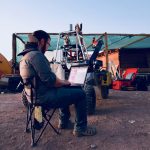 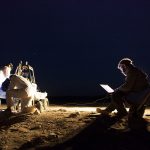