Kennady “Lightning” McQueen has basketball in her blood. After all, her mother, Melanee Brooks McQueen BS’91, helped the U women’s basketball team win the WAC tournament in 1991. And although the younger McQueen had 25 D1 offers, the three-time all-state pick, Utah Gatorade Player of the Year, and Deseret News Ms. Basketball chose the U.

“I fell in love with basketball at a young age and knew my dream was to follow in my mother’s footsteps,” says Kennady McQueen, who honed her skills through programs like the Nike Elite Youth Basketball League, where she was coached by legendary U basketball star Keith Van Horn ex’97.

Her family members have become regulars at home games, with as many as 20 or 30 watching from the stands as she helped the U start the season with a 14-game winning streak and climb the ranks nationally. “We have a goal of making a run in the NCAA tournament, specifically the Sweet 16,” she adds. “That’s what matters to me and the team at the end of the day.”

Transitioning from any high school to D1 college play must be an enormous adjustment, but perhaps especially challenging from a smaller high school like North Summit. What was that transition like?

The transition was made easier thanks to club basketball and the Nike Elite Youth Basketball League (EYBL) circuit. I played for Colorado Premier EYBL, so I practiced almost every weekend in Colorado. I was able to get used to the traveling and playing against some of the top players in the country. Once I got to college, a lot of those experiences helped me out both on the court and off. I was also able to be coached by Keith Van Horn [legendary All-American U basketball player who went on to play in the NBA for nearly 10 years] who knew the game inside and out. Learning from him definitely made a difference.

Was it particularly difficult to get noticed by top-tier colleges in high school because you were in a smaller school than most? What did you do to stand out to recruiters?

I think getting noticed would have been more difficult if I didn’t play club basketball. I was able to showcase my skills in the summer in front of college coaches so where I played high school didn’t hinder my recruiting process. I also went to local university camps and focused on standing out at those.

What played into your decision to come to the U? Was it appealing to go to the school your mother played at?

I think a variety of factors played a role in my decision to choose the U. Growing up, my family members were big U fans since my mom played basketball there. I fell in love with basketball at a young age and knew my dream was to follow in my mother’s footsteps. I was always attending Utah sporting events and established a relationship with the coaching staff early on. Another factor was the PAC-12 conference. It is known as the conference of champions for a reason. I am a competitive person, so I knew I wanted to compete against the best of the best.

Last year, the team had a marvelous season and showing at the NCAA tournament, and it appears this year could be even better. Do you think there’s been added pressure this year to see success?

I don’t think there has necessarily been added pressure. After all, pressure is a privilege. The team has handled the recognition and spotlight great, and we aren’t satisfied. Being ranked is cool and all, but we have bigger goals. We have a goal of making a run in the NCAA tournament, specifically the Sweet 16. We are focused on that goal and that’s what matters to me and the team at the end of the day.

I’ve heard that your nickname is Kennady “Lightning” McQueen. Is that true? And have you always been fast?

That is true! Some people do call me “Lightning,” including Coach Rob occasionally. My parents tell me that ever since I was a young kid, I would spend hours and hours running in the gym, seeing how fast I could be. When I was in elementary school and my mom coached high school basketball, I would always race the varsity girls in their line drills. In high school, opposing student bodies would always call me “Ka-Chow” or “Lightning.” 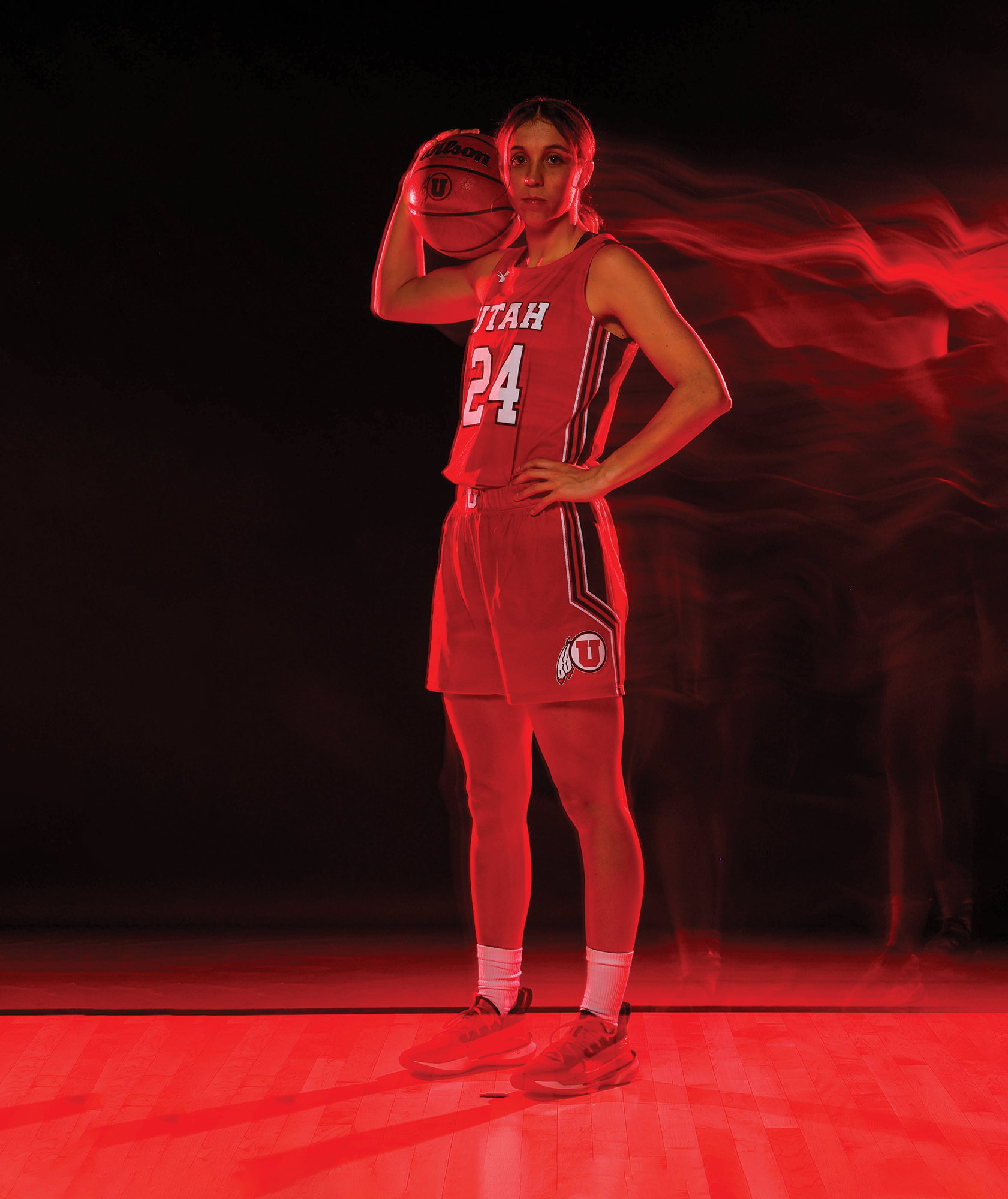 Junior academically, sophomore on the court

More than a Game

Last season, ranked first in the Pac-12 and eighth nationally in three-point field goal percentage, making 44.2 percent of her threes

Podcasts in Her Queue

Mantra to Live By

Dreams don’t work unless you do