A few weeks after he graduated from Yale with a degree in biology, Isaac Chung went to Disney World with his parents. So, as it turned out, it was at the happiest place on Earth that he told them the unhappy news: he wasn’t going to be a doctor after all. He was going to make movies.

The lines at Disney World are many and long, providing ample chance for a father and mother to try to convince their son, ever so gently, that he was making a big mistake. Hadn’t he always wanted to do something beneficial for the world, they asked. And how would he make a living?

Chung MFA’04 not only wanted to make movies, he wanted to make art films: those sometimes bleak, often enigmatic movies that hardly ever make their directors rich or famous, the kind of minimalist movie he first saw his senior year at Yale in a filmmaking class that changed his life; the kind of movie that might win him a prize at a film festival but would still keep him on the fringes of a bountiful career. 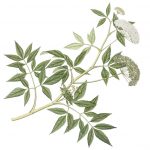 But this story has what you might call a “Hollywood ending,” one of those improbable finales where the hero gets the girl or solves the crime or wins the prize. In Chung’s case it was two prizes: both the Grand Jury Prize and Audience Award for U.S. drama at the Sundance Film Festival last January, for his tender narrative feature Minari, which he both wrote and directed.

The buzz for Minari started after the very first screening—where the movie got a standing ovation—and kept getting stronger. Even before Chung left Park City, famous producers started calling, wanting to collaborate. On Rotten Tomatoes, Minari made the list of “16 Movies That Could Be Oscar Contenders in 2021.” And the critics’ aggregate on the Tomatometer was a rare 100 percent.

Set in Arkansas in the 1970s, Minari is a fictionalized version of Chung’s childhood. Like his own father, the film’s Korean immigrant father—Jacob Yi—uproots his family to follow his American Dream of owning a vegetable farm in the heartland of his new country. “It’s the best dirt in America,” he tells his skeptical wife, Monica.

“This isn’t what you promised,” she complains when they first drive up to the “farmhouse” Jacob had purchased—a single-wide on wheels—on uncultivated land in the middle of the Ozarks. “It just gets worse and worse,” she says, although she doesn’t yet know how much more worse it will get.

The “minari” of the movie’s title is a Korean herb with the kind of kick that spices up dishes like kimchi. In the movie, as in Chung’s childhood, a young boy’s grandmother comes from Korea bearing minari seeds, and plants them in the woods. Life may be unraveling back at the trailer, but the minari flourishes on the creekbank.

“As I researched the plant,” says Chung, “I learned that it dies away in the first year and thrives in the second, which is an incredible reflection of many immigration experiences.”

The story unfolds, in large part, through the eyes of 7-year-old David, who traipses after the grandmother in his thrift store cowboy boots, drawn to her even though he complains that she smells like Korea and doesn’t bake cookies. Flooded with all this charm—newcomer Alan S. Kim and veteran actress Yuh-jung Youn nearly steal the show—it’s hard to watch the movie and not wonder how much of the story parallels Chung’s life.

But Chung resists. “I want to avoid listing out the parts that didn’t happen in case it creates confusion that the parts that did happen were recreated in an exact way,” he says. “The truth is that all the scenes are fabricated through creative license, and the characters are very different from my family because the actors, with all my encouragement, recreated their roles in new ways.” But, he adds about his real life, “I will say that there was a water diviner, there was a tractor, and my grandma really loved to watch wrestling on TV.” There was also a local man who spent his Sundays carrying a wooden cross down the highway. And there was chicken sexing.

Like his own parents, Jacob and Monica are low-paid chicken sexing workers at an egg farm, doing the tedious but crucial job of separating future egg-laying hens from soon-to-be incinerated male chicks. The technique, developed in Japan, relies on a kind of sixth sense to be able to differentiate male from female in the 20 percent of chicks where there is, as Chung puts it, no “male protrusion.” Chung’s father did chicken sexing for 19 years while also eventually creating a successful farm that grew Korean medicinal herbs.

“I’ve read many scripts about families of immigrants,” the actor Steven Yeun, who plays dad Jacob (though many may recognize him from his role as Glenn on TV’s The Walking Dead), told the Associated Press during Sundance. Often, he finds a script overexplanatory or written for a nonimmigrant audience. “When it does that, it loses its authenticity and romanticizes in some ways, idealizes in other ways.” But when he first read the script for Minari, he says, “I was like: This is unabashedly a truthful telling of these human beings.”

In 2001, after Chung told his parents the bad news about his future career, he moved to New York and made a short experimental film that he submitted to graduate film programs, picking schools that were a combination of good and affordable. “I liked Isaac’s application,” remembers Kevin Hanson MFA’84, director of graduate studies in the Film Studies Division (now the Film and Media Arts Department) at the University of Utah. “I believe he said in his letter something like ‘I think I can make people’s lives better through film.’ ”

“I prided myself on making very minimal films that cost about $20,” says Chung about his MFA days, then laughs: “I can’t watch them now.” What Hanson remembers, though, is a talented, idealistic, deeply moral young man who loved to talk endlessly about whatever aesthetic principle he was studying at the time. “I knew,” says Hanson, “that he was much smarter than your average human being.”

After getting his MFA, Chung flew to Hong Kong , ostensibly to make a documentary but mainly to ask his former girlfriend to marry him. He and Valerie, who had met their very first day at Yale, broke up when he decided a real artist would choose grad school over romance. They married in 2005, and Chung followed her to New York, where she was doing graduate work in art therapy. During the next year, Chung made education videos, on topics such as “how to be polite.”

Previously, Valerie had spent several summers doing art therapy in Rwanda, working with survivors of the 1994 genocide of Tutsis and moderate Hutus during the Rwandan Civil War. Over a decade later, the country was still reeling. Come to Rwanda and teach filmmaking, she urged him. It turns out that, despite (or maybe because of) all the poverty and grief, wedding videography in Rwanda was a thriving business; so that’s where Chung’s mentorship began.

And then he wrote a script. And he hired locals who had never acted before, and shot a low-budget feature film in just two weeks, with dialogue completely in Kinyarwanda. Released in 2007, Munyurangabo won the Grand Jury Prize for international features at the AFI Film Festival and these thumbs-up words from the late film critic Roger Ebert: “It is in every frame a beautiful and powerful film—a masterpiece.”

Chung (who goes by his full name, Lee Isaac Chung, in movie credits) is a gentle filmmaker, a director and writer who is not afraid of silence or the mundane details of an ordinary life. He doesn’t mind long, slow shots—or taking risks. His 2012 feature Abigail Harm, starring Amanda Plummer, quietly follows the hapless Abigail through a fantasy relationship. Based on a Korean folk tale, it is decidedly odd.

Like many indie films, Abigail Harm and the 2010 Lucky Life are minimal and nonlinear, often shot through tall grasses or windows, the characters sometimes half-hidden by kitchen appliances—as if we’re spying on them. Like Munyurangabo, these movies got some notice, but they left Chung wondering if he should give up filmmaking altogether.

He figured he’d make one last film, one that his own 7-year-old daughter might like. The story of an immigrant family in Arkansas. 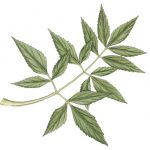 Minari, though still a quiet film, is a new direction for Chung: a beginning-middle-and-end narrative with a powerful climactic scene and a bittersweet denouement. “I quite like this idea of classical narratives now,” he says. “These days I just love Billy Wilder and Frank Capra movies. …There’s a certain cynicism that’s healthy, but they still reach for some hope. They feel very wise to me.” His list of favorite directors also includes John Ford and Yasujirō Ozu. The movie he watches over and over is Charlie Chaplin’s City Lights, moved always by the ending.

Chung has submitted features and shorts to Sundance in previous years, but they weren’t selected. The Minari script was different and had already gotten the attention of Christina Oh, executive producer with Brad Pitt’s Plan B production company. At Sundance, amid all the buzz, the movie was picked up by distributor A24 (Moonlight, Lady Bird, The Farewell). Release nationwide is planned for early 2021.

Minari, says the U’s Hanson, “doesn’t suffer from the stylistic tricks of the moment,” tricks like montages, rapid cuts from one scene to another, and the use of drones. “There is no showing off in Minari,” he says. “It’s as if he said, ‘I’m going to tell this story in the most restrained, thoughtful way possible.’ And that’s because there’s no ego there.”

The movie, Hanson adds, “looks like a film made by a 75-year-old man. A film by Ingmar Bergman, full of wisdom.”

Sometimes, Sundance, for all its hype, doesn’t lead to anything. But for Chung, everything fell into place last winter. Because of Minari, Chung is now writing the screenplay for and set to direct a live-action remake of the Japanese animated movie Your Name, a project of J.J. Abrams’s Bad Robot Productions and Paramount Pictures. And he’s developing another movie with Plan B, this one a romantic comedy set partly in Utah. It’s got an actual Hollywood ending for sure.

Two decades after choosing movies over medicine, Chung thinks maybe his parents have finally stopped worrying about his future.

About the author: Elaine Jarvik is a Salt Lake City-based freelance writer and playwright.