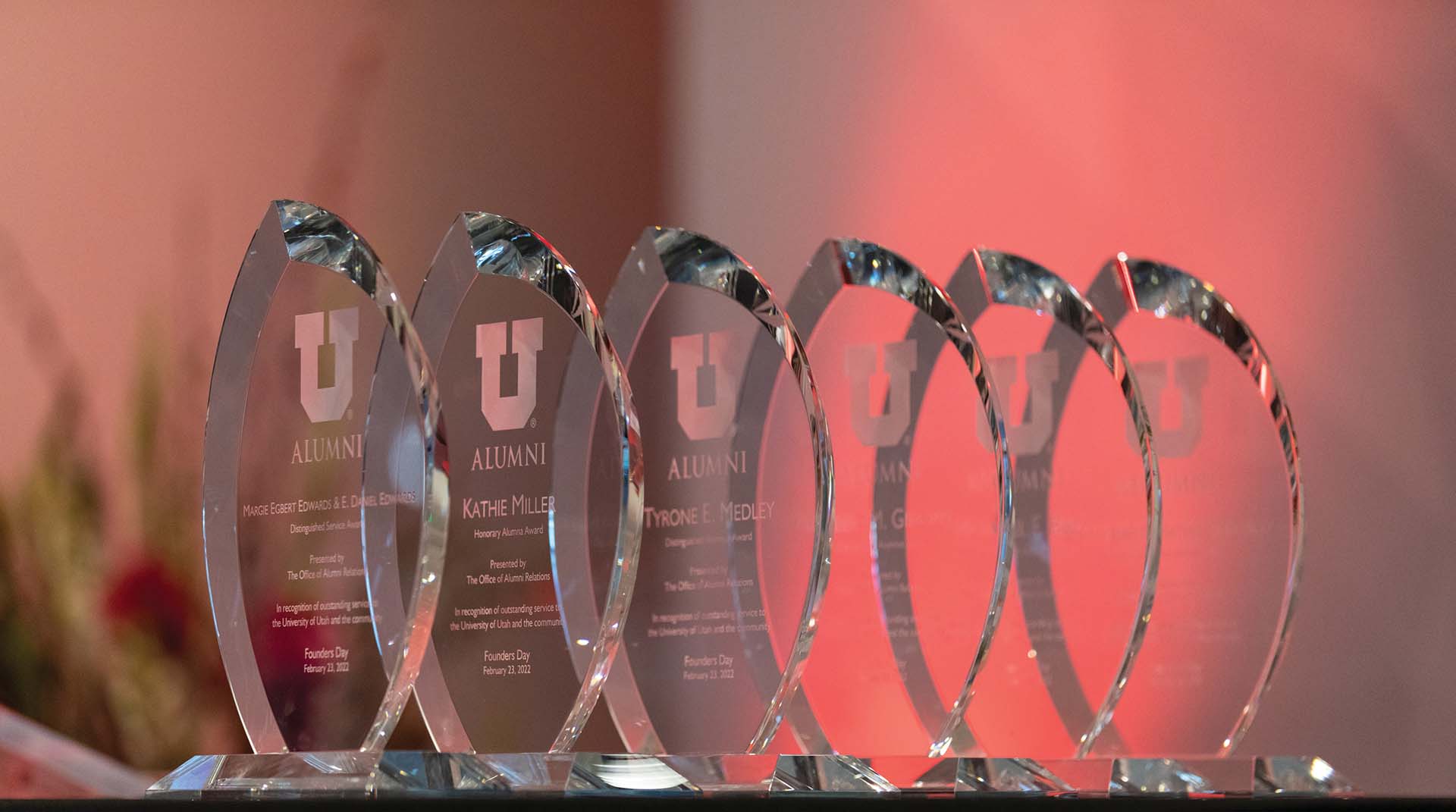 Since 1850—first as the University of Deseret and later as the University of Utah—the U has grown from humble beginnings to a remarkable present. To commend this storied history, the U holds a Founders Day celebration each year to honor alumni who have excelled professionally, served their communities, and supported the university in its mission. The awards are among the highest given annually by the U. Meet this year’s honorees.

Chair and president of the Beesley Family Foundation and Heritage Holding Corporation, Bonnie Jean Beesley BA’79 strives to raise the overall attainment rate of higher education and close achievement gaps between populations. She was previously chair of the Utah System of Higher Education Board of Regents and co-chaired the state’s Women’s College Task Force.

Michael E. Bird BA’76 MSW’77 was the first American Indian to be named president of the American Public Health Association, as well as the first to serve on the National Policy Council of the AARP. For more than 30 years, Bird has worked with Native American populations in social work, health promotion, and more.

Throughout his career, Robert M. Graham JD’60 has strived to help individuals of all ages gain the benefits of higher education. He currently serves as secretary, treasurer, and general counsel at the George S. and Dolores Doré Eccles Foundation. This follows a celebrated career with the firms Haskins & Sells/Deloitte and Ray Quinney & Nebeker.

An education at the U helped set up Tyrone E. Medley BS’74 JD’77 for a “lifetime of continued learning and opportunity,” he says. Medley was the first Black judge in Utah. He served as a Fifth Circuit Court judge from 1984–92 and Third District Court judge from 1992–2012. He also helped the Runnin’ Utes make a national championship run as an outstanding point guard at the U.

Kathie Miller believes education is the cornerstone of success. She began her career teaching English and reading in the Jordan School District and then working with her husband, Mark, in the family’s Mark Miller auto dealerships. She now sits on many boards in the community, including several at the U to help further her belief that education is paramount.