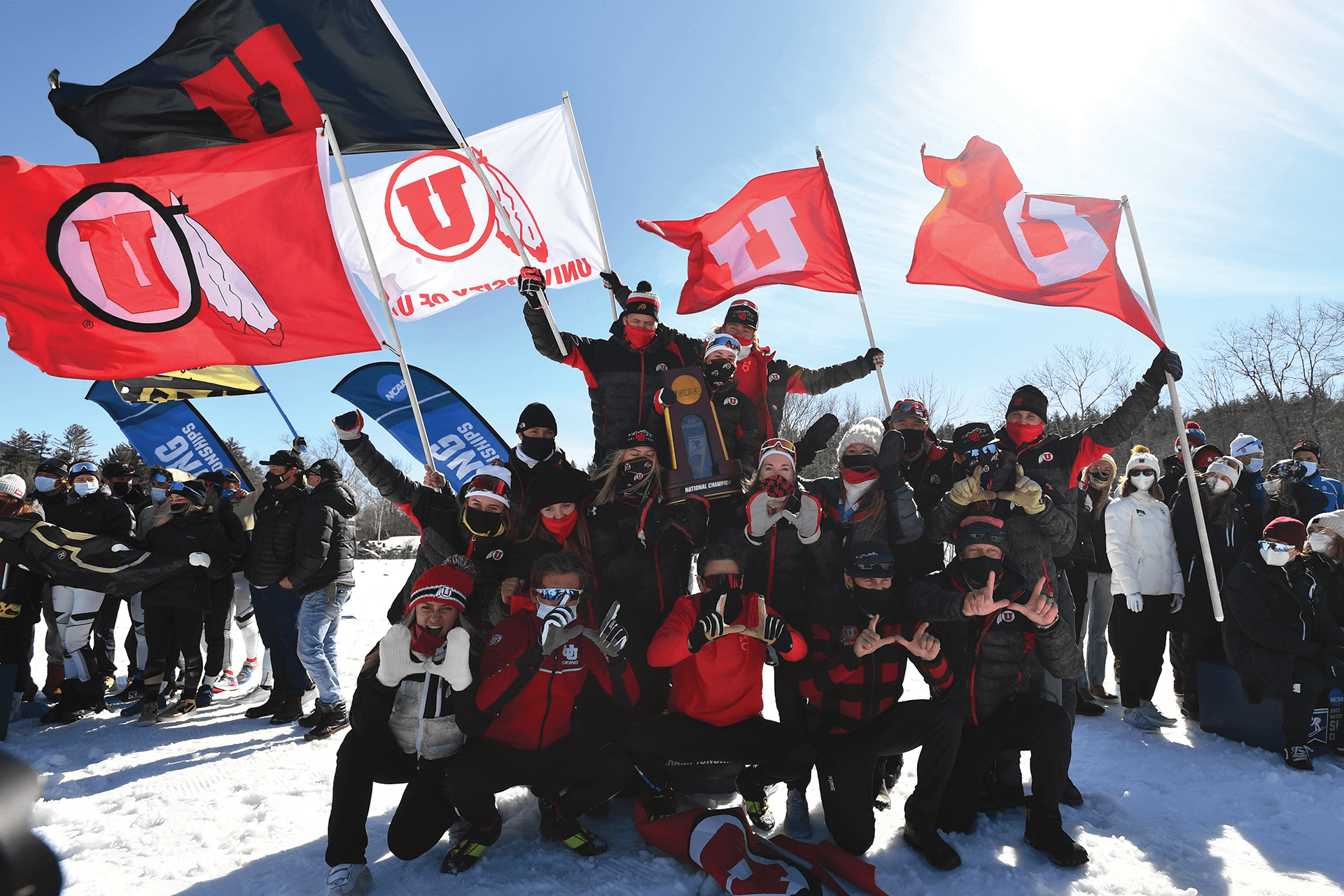 A year after both their seasons were cut short, the U’s ski and gymnastics teams finished out the 2021 season with a bang. The Utah ski team took home a national championship—their 13th NCAA title in program history—and the Red Rocks placed third at the NCAA tournament.

“It’s been a long year and quite a struggle to get where we are today,” said Fredrik Landstedt, the U’s director of skiing, as the team wrapped up their season last spring. “It’s been tough to get the whole season off with all the testing we’ve been doing, but it’s also been just an incredible year for us. It’s just a great way to finish it off and win the championship.”

This is the U’s 14th team national championship in school history (including an AIAW title in 1978), and the third national title for Utah skiing in the past four NCAA Championships completed, dating back to 2017. The ski team also had 16 All-Americans, nine skiers finish on the podium, and two individual wins.

After taking home the Pac-12 title, U gymnastics set its sights on a record 45th-straight trip to the national championships. The Red Rocks had a stellar appearance and finished third with a season-high score of 197.9875—and the team’s best NCAA finish since 2015.

“This was one of my best years at the University of Utah, and we feel as a staff we maxed this program out,” he says. “It was a combination of so many sacrifices to get to this point. We never had a case of COVID, athletes or staff. For everybody to make that self-sacrifice, to have that discipline, it’s hard to find a group of people who are willing to do that.”